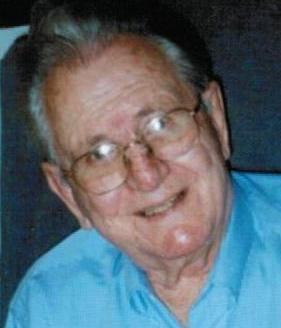 Portsmouth – William J. Owens, 83, passed away July 26, 2013 after a lengthy battle with illness. Bill was born and raised in Venice, CA. During an enlistment in the Navy, he married his wife June on June 14, 1952 in Norfolk, VA. Moving back to the west coast, Bill and June raised their family of three daughters while working as a cinetechnician in the film industry. He spent his later years as a machinist instructor at ODU and TCC as well as serving time in the Coast Guard Auxiliary and Navy Reserves.
He thoroughly enjoyed his time living aboard their boat for 8 years and traveling with his wife abroad. Bill lived a long and loving life and is survived by his wife June; two daughters, Cheryl and Terri; five grandchildren, Cierra, Austin, Tyler, Jordan and Kaitlyn; and four great-grandchildren, Aiden, Sienna, Mylan and Lola. He is now with his first daughter Cynthia in heaven.
A memorial service will be held at 3pm on Tuesday, July 30, 2013 at Central Baptist Church, 701 W. Olney Rd., Norfolk, VA 23507. In lieu of flowers, memorial donations may be made to Central Baptist Church. The family would like to thank the Golden Living Center staff for their care and compassion to Bill and his family. Cremation Society of Virginia is handling the cremation. Online condolences may be expressed to www.cremate.org.

To leave a condolence, you can first sign into Facebook or fill out the below form with your name and email. [fbl_login_button redirect="https://vacremationsociety.com/obituary/william-james-owens/?modal=light-candle" hide_if_logged="" size="medium" type="login_with" show_face="true"]
×