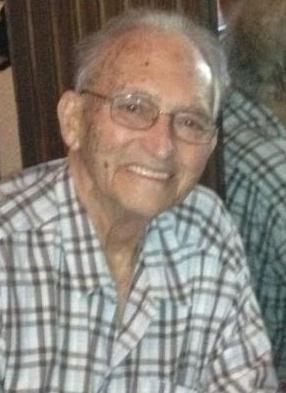 William “Bill” Morrison Jr., 77, passed away peacefully on Tuesday, Sept. 10, 2013 with his wife Cathy by his side. He was born on February 25, 1936 in NYC to William Morrison Sr. and Marie Orochowski. He grew up in NY and joined the Army Security Agency in 1954.He was preceded in death by his first wife Shirley A. Cleasby in ’07. They settled in upstate NY. Bill loved Chess and Poker tournaments and using his metal detector. Bill was a Construction Engineer. Bill and Shirley moved to VB in ’05. Bill joined VB Seniors Club, and Roma Lodge in VB. Bill was a Mason, Elk and member of the VFW.Bill met his second love Cathy Carpenter in 2009. They enjoyed life to its fullest and began traveling together. Their life and love was “just for now” and they took advantage of each and every moment that they could.Bill leaves behind his devoted wife Cathy, children; Janemarie and partner Bobbie Williamson, Richard and wife Brenda, grandchildren; Chelsea, Bradley, Finley Ryan, and Avery, Cathy’s family; Brad and Danna Kauffman and children John and Samantha, Tracy and Thomas Kait and children Courtney and Thomas.A celebration of life will be held on Sept. 28th, at 11 a.m. at the Courthouse Community UMC in VA Beach. The family would like to thank the wonderful rescue and medical personnel in the community. Donations can be made to a charity of your choosing.

To leave a condolence, you can first sign into Facebook or fill out the below form with your name and email. [fbl_login_button redirect="https://vacremationsociety.com/obituary/william-r-morrison-jr/?modal=light-candle" hide_if_logged="" size="medium" type="login_with" show_face="true"]
×