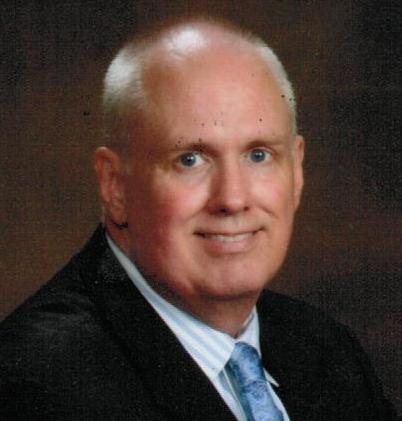 Chesapeake – William Russell Nixon Jr., 53, went home to be with the lord after a two year battle with bladder cancer. He is survived by his wife Ruth Vaughan Nixon and his two sons, Will and Aaron Nixon all of Chesapeake.
He is also survived by his parents William Sr. and Janet Nixon of Virginia Beach, his brother and sister in law Doug and Jackie Nixon of Chesapeake and their three daughters, Brittany, Courtney, and Haley; his half sister Elaine Hill of Elizabeth City and her two daughters Nikki Smith of Colombia, North Carolina and Erin Hill of Windfall, North Carolina.
He is also survived by his mother in law Thelma Vaughan of Newport News; brother in law and his wife, Lee and Charlotte Vaughan of Crossville, Tennessee; his nephew and wife Brad and Beth Vaughan of Atlanta, Georgia; and his aunt, Eula Davis of Newport News.
Bill was a graduate of Kempsville High School, Longwood University, Webster University and pursued doctoral studies at Texas Tech University. Bill was a career military officer in the US Air Force where he was an Instructor Navigator in the KC-135R and later went on to be an Evaluator Weapon System Officer in the B-1B bomber.
After his military retirement, he went to work for Crew Training International in Memphis, Tennessee where he did research in human factors and aviation based team training. Bill has been most recently employed by SERCO Inc. where he worked on military contracting for the Iraq and Afghanistan war. Bill led a team who received the International Pulse Award for their commitment to their mission.
Bill was a deacon at Deep Creek Baptist Church and was a member of the Messebah Sunday School class. Bill was loved and respected by many friends and co-workers.
A memorial service will be conducted by Associate Pastor Larry Ryals and Senior Pastor Ernie Myers at Deep Creek Baptist Church on Sunday December 9 at 3:00 p.m. The family will receive friends and guests immediately following the service. Deep Creek Baptist Church is located on 250 Mill Creek Parkway in Chesapeake. The family would like to extend a special thank you to Dr. Stephen Riggs, Associate Professor of Levine Cancer Institute, Charlotte, North Carolina and Dr. Mark Fleming, Oncology of Virginia, as well as their staffs for all their work in helping Bill in his fight against cancer. They would also like to thank the friends of Hospice and the nurses of the sixth floor oncology unit in Norfolk Sentara Hospital who helped Bill so much in his final days. The family asks that in lieu of flowers, donations be made online at http://www.givecarolinas.org/find-your-cause/cancer or make a check out to “Carolinas Bladder Cancer Fund” and send to Carolinas Health Care Foundation, 1221 E. Morehead St., Charlotte, NC 28204 indicating as William R. Nixon, Jr. Memorial Fund. Cremation Society of Virginia is handling the arrangements. Online condolences may be expressed to www.cremate.org.

To leave a condolence, you can first sign into Facebook or fill out the below form with your name and email. [fbl_login_button redirect="https://vacremationsociety.com/obituary/william-russell-nixon-jr/?modal=light-candle" hide_if_logged="" size="medium" type="login_with" show_face="true"]
×